“The screwball comedies that flourished in the decade between the onset of the Depression and the end of World War II have left a mark on our memories far greater than could have been expected from their impact at the time. Ed Sikov’s account has captured this fascinating period both in terms of its sensuous surface and its provocative subtexts. He has succeeded in bringing a scintillating period in our cultural history back to glittering life.“
Aus dem Vorwort von Molly Haskell
„Katharine Hepburn chases her pet leopard – and Cary Grant – through the jungles of Connecticut; Carole Lombard turns hobo William Powell into Godfrey, her butler – and husband; con-lady Barbara Stanwyck tortures millionaire Henry Fonda into hating her – and then marrying her. Screwball comedies tell one mad, illogical truth: Mutual hatred is no reason to give up on love.
Irreverent, elegant, sublime and ridiculous, the screwball films of the 1930s and 1940s are a timeless collision of high wit and low slapstick, in which the players used street-smart repartee to turn good taste into bad manners.“ 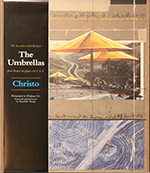 Christo. The Accordion-Fold Book for The Umbrellas, Joint Project for Japan and U.S.A. 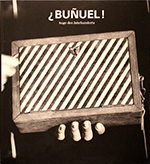